So, Now Galaxy Note 7 and Apple iPhone 7 both are released and available. Yes, it is Samsung Galaxy Note 7, the successor of Note 5 smartphone. Samsung has skipped Note6 this year to match their flagship’s. On the other hand, Apple has announced iPhone 7 in recent IFA event which is now available for pre-orders. Both the smartphones will face a tough rivalry from each other. It is difficult to say right now who is better and who will rock into the market. To make it clear let’s compare the features and specifications of Apple iPhone 7 and Samsung Galaxy Note 7 smartphone.

Note 7 comes with an amazing 12MP rear camera with f/1.7 aperture. You can snap high-quality images with Note 7. Samsung have made many improvements in the device like brightness, aperture size, etc. You will enjoy the unique picture capturing with Galaxy Note 7 device. The device will have 5MP front camera for selfies and video calls. Apple will also improve the camera feature in iPhone 7. Apple iPhone 7 will have 12 MP f/1.8 aperture primary camera and 7MP f/2.2 front camera. Apple iPhone 7 Plus also features dual camera lenses and capable to give you wide angle images and better zoom capability.

The Apple iPhone 7 will have inbuilt 32/64/128 GB storage capacity. It means the user can store the wast number of files on the same device. Samsung Galaxy Note 7 comes in 32GB size only but gives you flexibility to have micro SD card supportable up to 256 GB. Clearly, iPhone 7 wins over Galaxy Note 7 in terms of storage capacity, but with Note7 you can have flexibility of external storage support and you din’t need to pay $$$ for just having more memory space.

Apple will have high-end new A10 Fusion chip that will boost a high performance in the device. As per Tim Cook, its one of the fastest mobile chipset ever. The iPhone comes with conventional 2GB RAM which helps in fast multi-tasking with the powerful processor. Talking about Samsung Galaxy Note 7, it comes in snapdragon (SD820) and Exynos variants with 4GB RAM. Apple has also launched iOS 10 for mobile with this iPhone launch and it has many surprising features.

Apple has removed 3.5 mm jack from its flagship, and from now onwards you have to use Airpods a wireless music device that comes around $160 USD. You can also use your conventional wired handsfree using USD type-C to 3.5 mm jack connector.

It is rumored that Samsung Galaxy Note 6 will have a powerful 3500 mAh battery. Battery performance is the main concern of users in smart devices. To match the strong technology, both the devices will have the powerful battery with fast charging capabilities. Apple iPhone 7 has 1960 mAh and Plus variant comes with 2900 mAh non-removable battery which is considerable quite good as compare to what we have have seen with its predecessors. 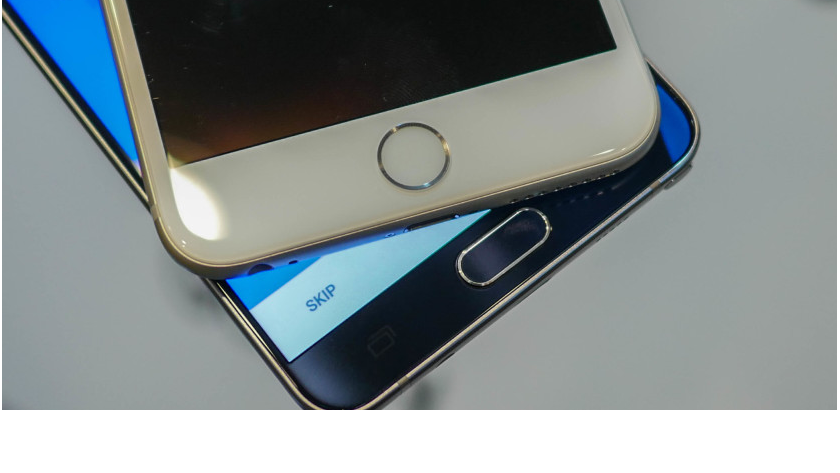 Samsung Galaxy Note 7 is now available into markets at a price tag of $850 (Retail price). However in the launch event Apple has stated that base price for iPhone 7 will start from $649 USD. and iPhone 7 plus at $730 USD. The price of both the devices may increase in future because of the addition of new features and apps. Apple iPhone 7 will affordable for users as compared to Samsung Galaxy Note 7. But we can’t say anything surely. We should wait for the launch of Apple iPhone 7 and its complete list of features. Both these devices are now available in market.

Last Note: You can go for any device as both smartphone are feature outstanding specs and features. But Choose iPhone 7 only if you are Apple enthusiastic and want to show some class with high performance as well. At the other hand Galaxy Note 7 is a giant if you love to do high multitasking, surfing a lot, making notes and doing to things are quite easy with Note. So, make a decision wisely. Personally i am using Galaxy Note 7 (impressed with its multitasking, camera capabilities) and will try hands on iPhone 7 as soon as it get delivered.

iPhone 8 can have biggest upgrades of All time